Startling fall in EU applications to study in the UK

Applications from the United Kingdom’s number one overseas student market have plummeted by 40% for undergraduate courses starting in 2021-22, but it is Brexit and not COVID-19 that is to blame for the fall.

The startling decline in applications to study in the UK is not from China, which gets so much international student recruitment attention, but from the countries making up the European Union, the International Higher Education Forum, or IHEF 2021, heard on .

The forum, organised annually by Universities UK International (UUKi), was told that there were 147,800 EU students enrolled at UK universities in 2019-20, compared with 141,870 students from China, according to data from the UK’s Higher Education Statistics Agency (HESA).

But, by the deadline for applications to the UK’s Universities and Colleges Admissions Service (UCAS), the number of EU applicants stood at 26,010 down from 43,030 the previous year. That represents a drop of 40%, with the largest percentage falls in South-eastern and Eastern Europe.

In contrast, there has been a 17.1% increase in applications to study in the UK from students in non-EU countries around the world.

Holly Smith, senior international officer at the University of Sussex, said the decline in European interest in studying in the UK varied from institution to institution, but a UCAS heat map showed a clear East-West divide, with a 73% drop in applications from Bulgaria, and Romania and Lithuania showing a 66% and 65% drop in applications respectively.

The fall is less severe so far in Western Europe, with applications from Spain down 27% and a 30% drop from prospective students in Germany.

Ireland is the only EU country with an increase in applications so far to study in the UK, with applications up 26% after an announcement that Irish nationals living in Ireland and born in the UK will be eligible for home fees and tuition fee loans going forward.

Almut Caspary, higher education and science lead for the EU region at the British Council, said their surveys showed continued interest in studying at British universities, but prospective students were concerned about the increased cost of studying in the UK post-EU exit.

This backs up earlier British Council surveys of EU students aged between 16 and 34 in Spain, Germany, Poland, France and Greece last year, which found that around 15% wanted to go to an English-speaking market at undergraduate or postgraduate level, with four out of five in that group favouring the UK because of its close proximity and the quality of its higher education institutions.

However, increased tuition fees and living costs were worrying 72% of students surveyed. Administrative pressures, such as the cost of visas, were raised by 59%; while 45% said they feared the UK might offer a less attractive life and culture after Brexit.

A further 42% were worried about post-study opportunities, while 31% were concerned about the quality of the education going down, said Caspary.

When the British Council invited students to compare rival study abroad locations, such as the United States, Germany and Canada, the UK came out top for the quality of its higher education, scoring 96% compared to 93% for the US and 88% for Germany and Canada.

During the discussion at IHEF 2021, which was themed around EU student recruitment in a post-Brexit world are we facing a collapse?’, Holly Smith said that many EU students had been attracted to study in the UK in the past by access to tuition fee loans and the freedom of movement to a quality education without the need to apply for a visa, together with healthcare and work rights similar to their home country.

Now, UK universities needed to rethink their approach and despite many in student recruitment having EU recruitment in their job titles, they needed to see the European Union as many different countries. Don’t treat the EU as one country, she urged.

Their most recent Study UK Brexit temperature check’, in , showed that future employability and a welcoming environment were twice as important in choosing where to study abroad than COVID-related concerns 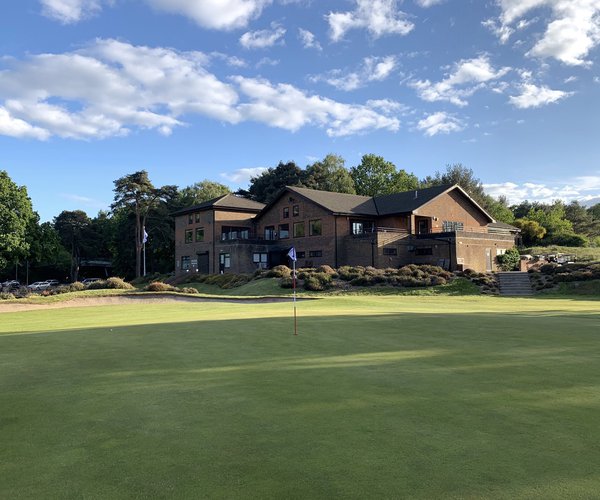 A surprising number of students from Greece were quite positive about Brexit last year, she said, adding that the change of attitudes in Greece and Poland was very likely to be the realisation that it is going to be much more expensive to go to the UK to study. That reality had not kicked in last year.

She said: Students also really want to understand the employment opportunities when they finish their degree in the UK. We need to communicate this well to students.

As for how best to market studying in the UK, Caspary said the clear message coming through from their surveys was focus on peers, friends, siblings, anyone they know who has studied in the UK.

She said students were information centric and not so interested in emotional stories unless they come from the students directly and they can hear about student experiences and get the student voice.

Caspary from the British Council agreed, telling online delegates that their latest temperature check’ in February showed the impact of Brexit was softening in Germany and France, while it was hardening in Greece and Poland among prospective students who had considered studying in the UK

Rob Carthy, director of international development at Northumbria University, who chaired the session, said: None of us have ever had the experience of a set of markets being transformed from one thing to another and admitted that many in the sector had felt the air of doom and gloom at leaving the EU.

But he urged UK universities to rise to the challenge of recruiting students from EU countries in the post-Brexit environment. Instead of relying on the old pitch of UK higher education offering easy access and being largely free where students could access loans, UK universities needed to focus the message on high quality as they do in other international markets.

Kim Tritton, head of student recruitment at the School of Oriental and African Studies (SOAS), University of London, urged caution going forward, saying while UK universities may be moving EU students out of their home-student-focused recruitment to international, and to a different department with a different outlook, the [EU] students might not be in that mindset. We are changing our approach, but the student might not be going with us.

And Vivienne Stern, director of Universities UK International, said while it was unlikely that the UK government would now invest in a European-focused scholarship scheme, despite the Foreign Office offering a degree of support before the full impact of the COVID-19 pandemic was felt on the nation’s finances, perhaps this is something the sector could do itself.